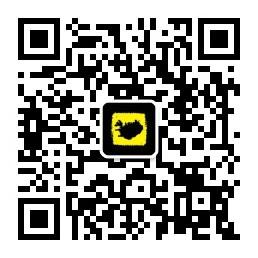 2-5 days tours around the magical geology of south Iceland

Svinafellsjokull, or Pig Mountain Glacier as it's known in English

East of Reykjavik lies a mountain named Hengill. Hengill was formed from a Palagomite tuff and its highest point is around 800 metres above sea level. Hengill is a central volcano and has a giant magma chamber beneath it.

The Hellisheidarvirkjun Geothermal Plant generates electricity produced by geothermal steam which rises through vents in the ground. This plant, located close to highway 1, was started in 2006. The productivity of the plant has increased each year since that time and it now generates over 300 megawatts of electricity. We will stop at the plant and take a tour around it.

Around the town of Hveragerdi there are a number of interesting hot springs including mud pools, hot water springs, steaming vents and geysers. We will take a sightseeing tour around this town and look at the multitude of hot springs and green houses located in the town.

Another angle over the glacier at Pig Mountain

We will drive over River Olfusa, which has the greatest volume water flow per second of all rivers in Iceland at 420 cubic metres per second. The bridge over the river was built in 1891 and still functions well today even though the car has taken over the duty of transportation from the Icelandic horse. The town of Selfoss developed around the bridge after its construction and Selfoss is now the largest town in Southern Iceland with around 6500 inhabitants.

The town of Selfoss sits on top of a lava field which was formed when lava flowed down from the highlands about 8700 years ago. The lava field of Thjorsarhraun covers over 1000 sq. kilometres and 26 cubic kilometres. Thjorsarhraun is one of the largest lava fields which has been formed in Iceland since the last ice age.

Our tour takes us over the River Thorsa which is the longest river of all in Iceland, around 230 kilometres long and with around 370 cubic metres of water flowing per second. Several large hydroelectric plants are located around the River Thjorsa.

Seljalandsfoss is an unusual waterfall which cascades from ancient sea cliffs dropping down over 60 metres into a shallow pool. It is possible to take a walk behind the cascade of this waterfall and the scenery is really beautiful.

East of the waterfall of Seljalandsfoss lies fertile countryside and the beautiful glacier of Eyjafjallajokull rises to 1666 metres over sea level just north of here. This glacier is the sixth largest in Iceland. The glacier covers the mountain top like a white cloak and the great magma chamber is located beneath the mountain - there have been 3 eruptions there in historical times, in the year 1612, from 1821 to 1823 and the most recent and famous one: from 13th April to 22nd May 2010.

We will see the waterfall of Skogarfoss at Skoger. Skogarfoss cascades down around 65 metres dropping from ancient sea cliffs, it is considered by many to be one of the most beautiful waterfalls in Iceland. At Skogar we will find two museums, a communal museum established 1949 and a transportation museum, both are very interesting museums to visit.

The glacier of Myrdalsjokull is the fourth largest glacier in Iceland. The central volcanic system of Katla lies beneath it and has erupted on several dates in historic times, most recently on 12th October 1918. Another eruption in Katla is imminent in the near future. Southwest of Myrdalsjokull lies the glacier of Solheimajokull which is a creeping glacier from which the River Jokulsa flows down to the lowlands. We will hike up onto the glacier and see how the glacier has carved and shaped nature in the surrounding area.

Dyrholaey is a small but majestic peninsula and it is the southernmost point of the mainland. It is 120 metres high and is home to many breeds of seabirds. Dyrholaey was formed in a sub-aquatic eruption about 100 thousand years ago. The translation of Dyrholaey's name into English would be close to "Doorway Island", and that name meaning is due to the hole or the doorway which the ocean has carved into the cliff here. The ocean now flows through that doorway. Dyrholaey was entered on a national conservation list in 1978. A lighthouse was built on this peninsula in 1910 and then reconstructed in 1927. A road leads up to the top of the peninsula and from here you will have a fantastic view in all directions.

Near the village of Vik in Myrdalur is a sandy beach which has some fantastic sights, such as aqua tubes and caves and also picturesque columnar basalt formations. The beach is eroding and the ocean is always creeping closer to the houses of the village. From the beach there is a view to the magnificent peaks of Reynisdrangar which are a series of black basalt columns out at the sea. The beach is is considered by many to be one of the more beautiful beaches in Iceland.

Myrdalssandur is an area of black lava sand plains covering 700 square kilometres which were formed from the sand and ashes from the glacial rivers and their frequent glacier runs from the volcano of Katla. The crater of Katla, which is about 100 sq. kilometres in size and almost 700 metres deep is filled with ice. The Katla central volcanic system has erupted around 20 times since Iceland was settled, the last eruption happened in 1918. When the eruptions occur huge glacier runs or floods follow and a great amount of ice, ashes and sand flows down to the lowlands. Most of the Myrdalssandur sand plains have been formed from the material which flooded down in the glacier runs.

East of Myrdalssandur we will find the lava field of Eldgjarhraun which was formed form the largest volume single eruption lava flow on earth in historic times. This single massive eruption took place in the year 934 in the volcanic rift of Eldgja which is almost 60 kilometres long. The lava field's size is somewhere between 18-19 cubic kilometres.

East of the lava field of Eldgjahraun and the glacier river of Kudafljot, we will find the historic lava field of Skaftareldahraun which was formed in a huge eruption in the Lakagigar crater row. The eruption started on June 8th 1783 and lasted until February 7th 1784. A lot of farms and their farmlands were destroyed in the aftermath of the eruption because of ash-fall and most of the livestock subsequently died. The lava field, all 656 sq. kilometres and 14 cubic kilometres of it remains to remind us of this huge eruption.

The river gorge of Fjadrargljufur is beside the road to the Lakagigar crater row. The River Fjadra cascades down the cliff side dropping into the spectacular gorge beneath. It is fun to hike and trek in the gorge.

The hills of Landbrotsholar around Kirkjubaejarklaustur are one of the largest pseudo-crater areas in the world. Pseudo-craters are formed when molten lava flows over a bog, a lake or even a river. The precipitation seeps into the molten material, which boils up and explodes. The lava forms into tephra materials which then pile up in heaps. The hills of Landbrotsholar are a part of the great Eldgjarhraun lava field mentioned earlier.

Just east of Kirkjubaejarklaustur we will find the black basalt columnar floor formation of Kirkjugolf which covers around 80 square metres. The translation of the name is "church floor" although a church has never stood there. But the basalt columnar floor looks as though it has been laid by human beings, this is the reason for the name of this natural wonder.

Hverfisfljot, a glacial river divides two lava fields, Skaftareldahraun and Nupahraun which were formed in a massive eruption around 5000 years ago. The crater row which was formed in this eruption is sometimes named Raudholar or "Red Hills" and is now partially hidden under the glacial tongue of the glacier of Sidujokull which is a part of the Vatnajokull ice cap. However, that glacial tongue had not formed when the eruption occurred. This crater row is well over 30 kilometres long. The lava field of Nupahraun is 230 sq. kilometres in size and the volume is 6-7 cubic kilometres which makes Nupahraun the 13th largest lava field in Iceland.

Lomagnupur is a 767 metres high mountain on the sand plains of Skeidararsandur. We will take a closer look at an avalanche of rocks which fell from the mountain in July 1789 when that summer a multitude of tremors quaked through the southern part of Iceland. East of the mountain there are the two major rivers of Nupsvotn and Gigjukvisl which cross the sand plains of Skeidararsandur. The water which once flowed through the riverbed of the River Skeidara now flows into the riverbed of Gigjukvisl. The bridge over Gigjukvisl was swept away by the bulging river in a massive glacier run in 1996 after an eruption in Gjalp in Vatnajokull´s glacier ice cap.

Skeidararsandur is an enormous sand plain which reaches from the glacier of Skeidararjokull to the sea. Skeidararsandur was formed, like other sand plains in this region, from glacier runs and is the largest sand plain in the world covering 1300 km². Several eruptions under the glacier have caused glacier runs, the last one was in 1996, they originate in the central volcano system of Grimsvotn. Closest to the glacier the sand plain is really rocky, with massive boulders but closer to the sea this transforms into gravel and mud. There is very little vegetation on Skeidararsandur and the part of this sand plain closest to the sea is important to the seal population around the island, the seal mothers in this area use it a nursing ground for their newborn pups. This sand plain is also the largest breeding ground of the Great Skua in Iceland.

The bridge over the River Skeidara is the longest in Iceland, about 900 metres long. Very little water flows in the river bed now because the river now flows by the glacier to join the River Gigjuhvisl.

Sailing on the glacial lagoon

The National Park of Skaftafell was established in 1967 and is the largest park of its kind in Europe, at around 5000 square kilometres. The glacier tongues of the Skeidararjokull, Morsarjokull and Skaftafellsjokull Glaciers give the National Park majestic scenery and there are few places in Iceland where you can get in touch with the great white heartland of Iceland more easily. In Skaftafell National Park you will find many hiking paths, both easy and hard ones.

The glacier of Breidamerkurjokull is the largest of the Vatnajokull ice cap's glacier tongues. Around 100 years ago this glacier tongue almost reached almost to the sea but at that time there were only about 200 metres separating the surf of the ocean from the tip of the glacial tongue. The glacier started to retreat at the start of last century. The lagoon of Jokulsarlon formed in front of the glacial tongue in 1935. The lagoon was 8 sq. kilometres in 1975 but today it is 20 sq. kilometres. The lagoon is the deepest lake in Iceland at around 248 metres deep. An uncountable number of of icebergs float on the glacial lake of Jokulsarlon and we will have ample opportunity to take a close look at these whilst we are sailing around the lagoon.

Check also:
South Coast in a minibus for groups

Svartifoss, the black falls is a dramatic location

Svinafellsjokull, or Pig Mountain Glacier as it's known in English

Another angle over the glacier at Pig Mountain

Sailing on the glacial lagoon

Why not honeymoon in a Frozen wonderland?

Grab some ice from the lagoon, you will be amazed how clear it is

Dyrholaey peninsula has a natural arch

Reynisdrangar cliffs at sun down